We represent the future of elected officials; all of us are elected officials age 40 and under throughout Cuyahoga County. We are concerned about the future of our communities and the entire state of Ohio. As young community leaders, we understand what young families are looking for in their forever community. Ohio loses more college graduates than we gain from other states, which means that we have work to do to keep young educated individuals. As you prepare for the biennial budget, we hope that you take the following into consideration.

You stated throughout your campaign for Governor and since taking office that you want to be a partner who works with local officials to restore the local government fund to a certain level. The Local Government Fund is supposed to return money from Columbus back to the local governments who are the closest to ensuring the needs of the people who live in their respective communities. Ideally, we would like the local government fund restored to the 3.68% of the total amount of state tax revenue credited to the General Revenue Fund that Senate Bill 17 introduced in the 132nd General Assembly called for. However, we understand that the money would have to come from somewhere and we would be more than willing to help create a solution that is good for the state and fair to local governments. The Ohio General Assembly has repeatedly decreased funding and revenue with local governments through phasing out tax reimbursements, estate taxes, and the local government fund. According to Policy Matters Ohio, local governments around the state have lost nearly $1.2 billion (adjusted for inflation) in 2017 when compared to 2010 funding due to these changes. As you know as a former county official, these funds are used for critical services for Ohioans including police, fire, and law enforcement. Furthermore, by allowing levies to adjust for inflation, it would allow for revenue to increase with the increase in expenses due to inflation, resulting in less of a need to ask voters for money. We urgently need funding for our municipalities throughout Ohio to foster safe communities, maintain sound infrastructure, increase economic development, and improve the overall welfare of our state.

Our constituents wonder why there are so many communities having to cut services. They wonder why local leaders have to put more levies, bond issues, and other financial measures on the ballot in recent years. They wonder why the highways, roads, bridges, and infrastructure are falling apart in our state. Both of these are because local governments are not getting the funding they desperately need to address these important issues in our communities.

Finally, Ohio needs to prepare for the future, including investing in broadband and technology and renewable energy sources. Our state needs to remain competitive for businesses and individuals/families to want to move to and remain in Ohio. Connection through broadband is a way of the future, and Ohio should be ahead of the game when it comes to bringing this technology to cities, urban, suburban and rural. Investing in renewable energy through partnerships will be beneficial to long-term costs of energy and the environment. Innovative projects, like the solar farm that was built on a landfill in Brooklyn, are just the start of what Ohio can achieve to further our renewable energy state-wide.

We want to work together with you as our Governor and leadership in the Ohio General Assembly in hopes to address state funding in a bipartisan effort that will benefit all communities throughout Ohio. 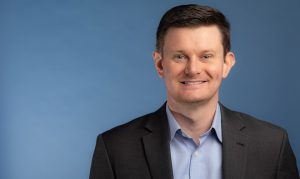