Currently, in Lakewood, Ohio there is no limit to how much money a person can give to candidates in a city election. On Tuesday I will be proposing that we set that limit at the federal campaign contribution level of $2,700 per individual donor, per cycle. This proposal also includes a public finance component which creates a tax credit of up to $50 per year, to encourage small donations. This is similar to Ohio’s state-level electoral tax incentive. City employees reporting to, or appointed by, elected officials would be prohibited from giving to their bosses, should this pass.

Since I have been involved in local politics here in Lakewood, there has not been any incident that would demand such a reform, to my knowledge. Rather this proposal is intended to be forward-looking. Let’s not wait and react to calls for reform, let’s instead be proactive and lead. My goal here is to ensure that local government stays responsive to the people, not big donors. Also to maintain low barriers to entry and encourage more people to get involved in electoral politics and government.

This is not a radical idea. Both the state and federal governments have a number of campaign finance laws at those levels which include contributions limits. Lakewood would join Akron, Cincinnati, Cleveland, and (as of last Monday) Columbus, just to name a few, which have all adopted contribution caps along with other campaign finance reforms.

In addition to this reform, I’m also introducing legislation that would create a city level ethics commission. This group will consist of seven volunteer residents (with the possible exception of one expert who would not be subject to the residency requirement). Their charge will be to administrate and enforce our new campaign finance laws. Another of the commission’s equally important duties will be to make a full review of current government ethics policies and recommend new laws that make sense for our city. Every three years the commission will also make a report on the effectiveness of these ethics regulations.

What I am proposing on Tuesday is intended to be a starting point. I look forward to hearing from residents, my colleagues on Council and in the administration through this process. Once hearing dates are set I will be sure to share them with you.

Read more about other proposed duties of the commission its missions and the reasoning behind the ethics commission in my last blog post. You can also read the legislation being introduced Tuesday, January 22nd, 2019 HERE: Campaign Finance Reform :: Lakewood Ethics Commission 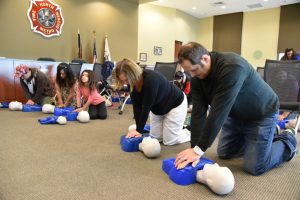