Since I set out an initial platform including better senior amenities, and protecting Lakewood’s green space, I have spoken with people throughout the community about dozens more issues that matter to them. Lead safety, youth recreation opportunities, nuisance laws, just to name a few.

Throughout the campaign, however, proactive communication and transparency has always been a priority. That’s why I have encouraged people to speak out with ideas and questions, holding frequent public events and trying to bring the conversation to people throughout Lakewood.

On Election Day, I hope you will allow me an opportunity to take these conversations further, as an active representative for you on City Council.

There are other questions on our ballots in Lakewood, however, and people have also asked me about some of these. (Especially Issue 2!) I’m glad to answer these questions also. Your vote is ultimately your decision, and I encourage you to check some independent guides like Vote411 or ballotpedia. But I think we have a right to know where people representing us—or seeking to represent us—stand on issues before the community.

So, here are the decisions I made and some comments on how I made them.

END_OF_DOCUMENT_TOKEN_TO_BE_REPLACED

For many years, Lakewood exempted students from filing a local income tax return, if they spent most of the year at college. Then, late in 2015, City Council voted to end that exemption beginning with filings for 2016.

This vote came up as a question at a candidate forum a couple of weeks ago, and I was surprised that all of the incumbent candidates struggled to remember it.

I was actually the only candidate familiar with the issue, and replied that I would have fought to keep this exemption for students. To be entirely fair, City Council holds a lot of votes, and I can’t say for certain that I would have recalled the details of this one almost two years later.

But the issue also came up again just this year, when people went to file 2016 taxes and began asking where the college student exemption went. People discussed it online, the Lakewood Observer published an article, and Lakewood’s Finance Director as well as Ward 4 Councilman Dan O’Malley all weighed in.

I noticed this, and the discussion convinced me that this was not a decision that I would have supported on council. While the city cited changes in state law as the reason for taking away the exemption, residents noticed that other Ohio cities have kept this filing exemption. The Director of Tax Policy at the Ohio Society of CPAs says that nothing in 2014 tax law changes prevented Lakewood from doing the same.

Based on that, I can say that I disagree with the choice made by City Council in 2015. It’s a relatively small thing in practical terms. But with so many people struggling to afford college, we should stand up for whatever support Lakewood can offer, not take it away in a vote that no one seemed to notice.

END_OF_DOCUMENT_TOKEN_TO_BE_REPLACED 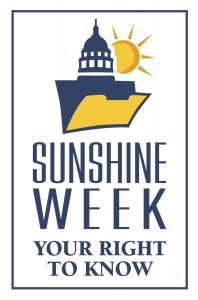