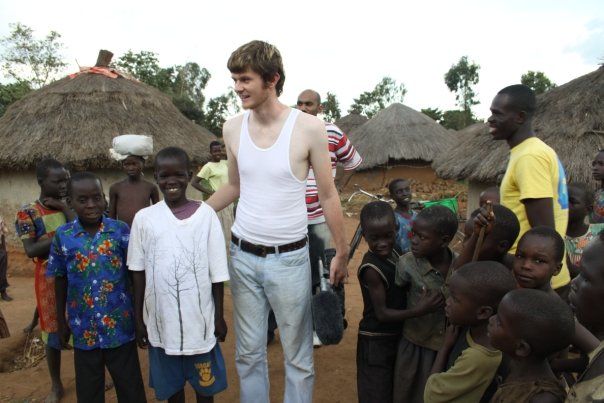 What these two very different places shared was a history of—what seemed to me—unprecedented reconciliation. When in Kigali, Kathy—an anthropologist I had run across in my travels—recommended that I visit the Genocide Memorial. The memorial is located on a mass grave estimated to hold the remains of 250,000 victims of what might be the 100 bloodiest days in human history. 1,000,000 people were murdered, by their neighbors, most in Kigali.

Inside the memorial exhibition are hundreds of human bones are on display, a reminder of a past that must never be forgotten. Outside, beyond a beautifully manicured garden are a half dozen large raised concrete structures, about the sized of basketball courts. They appear to be large cold war era bunkers, some with padlocked hatches and a few porthole-type windows. When the light is just right, through the small windows you can see what look like an enormous pile of eggs or white rocks. If you give your eyes a few seconds to adjust, the remnants of what happened, right there in that very spot, just a decade and a half ago, come sharply into focus.

Still, this sobering place had an even greater secret and a more compelling story to tell. One that involves just two people but represents something so much bigger.

I met a young lady named Diane who was giving tours of the memorial. She is Tutsi, the group victimized during the genocide. Like most servers, Diane lost most her family, friends and neighbors. To say most is no exaggeration. 70% of the Tutsi population was brutally murdered. In Kigali, the numbers were higher; some estimate 80-90% were killed.

A little while later I met a gentleman who also appeared to work for the museum. He said I could call him John. He was on break at the cafe. We talked for a little while about life in Kigali. He seemed normal, very chill, had a girl he was going steady with and was thinking about going back to school. He had just finished the equivalent of high school in 1994, before the genocide. He was Hutu, the group that was in power at the time of the genocide. Many, but not all, Hutu were the perpetrators of the Genocide. John went back to work, and I had to get home before dark.

The next day, I met up with Kathy for lunch to discuss my trip to the memorial as well as plan a few more excursions around the city. I told her about meeting Diane and John. To my surprise, she knew both of them quite well, spending a great deal of time at the memorial herself.

It was well known that John had joined in the killing during the genocide. He had also been with the group that killed most of Diane’s family. “I think he killed her Uncle, but who knows, it was a very chaotic time,” Kathy mentioned.

In an instant, I was completely overwhelmed. At that moment, it all became real to me. I just sat there, stunned, as Kathy ate her salad, almost cheerfully.  Walking home, I am distracted by every face. Every person I see (over 20) has a genocide story. Some killed, some fought back, and almost everyone else lost everything. And here they are, walking with each other, doing business together, eating and drinking together; much more suspicious of me than each other.

It took a while to process this. After reading a few books on the genocide and a few more trips to the memorial, I began to understand. When something as cataclysmic as genocide happens, the rules and systems that govern our realities simply can not be applied… or at least not in the same ways. As in Uganda with returning soldiers, the atrocities must be confronted and dealt with in a way that allows people, all people, to move forward.

Trials, punishment, imprisonment, execution… none of this can be applied fairly in this case. Estimates are as high as 1,000,000 culpable of murder; that’s almost one of four people living in Rwanda at the time. To add to this, in all of Rwanda only 50 capable of criminal defense had stayed and survived.  Justice had to come in a way that was to me unusable and hard to grasp.

Back in Acholi country, the process of reconciliation was just beginning… <